When you’re searching for a law school after you’ve been through your first several years of schooling, you may be tempted to look far and wide, and to even consider going overseas for your education. But this isn’t always necessary. After all, some of the best law schools in the world are located right here in the United Kingdom. But knowing which law school is the best one for you is about more than just knowing which schools are the most affordable, which are closest to home, and which look best on an application for a job after your graduation. In fact, some of the most important factors in choosing a law school may very well be things like their entry standards, the rate of student satisfaction, their research capabilities and prowess, and the prospects for graduates who will be looking for a job. This article contains a list of some of the best law schools in the United Kingdom and what you can expect in terms of getting the most out of your money. 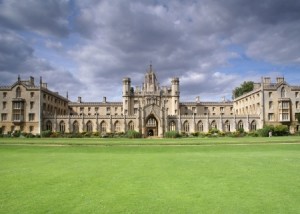 Cambridge University has consistently been ranked as the number one law school in the United Kingdom for many years and continues this trend into 2014 as well. The school ranks number one because it is well-liked by the majority of students, sets the bar for expectations high from the entry process, and nearly ensures that graduates will receive employment after finishing their schooling. Website www.cam.ac.uk

has traditionally been ranked in the position 3 or lower on rankings for law schools in the United Kingdom, but this year it was ranked at number 2. Student satisfaction rates, entry standards, well-received research, and increased job prospects for graduates all worked in tandem in the past year to make the school more attractive to potential law students. www.lse.ac.uk

·         University College London jumped the yearly rankings from 4th place to 3rd place as its rates in student satisfaction, research assessments, and other areas increased over the course of the year. Well-tailored entry standards that promote the school’s commitment to excellence also have a significant part to play in the development of this school into one of the United Kingdom’s best law schools.

·         Oxford has fallen two spots over the past year from 2nd place to 4th place. This likely has more to do with other universities getting better at what they do, and at marketing, than it does have to do with entry standards. Oxford ensures that smarter students are able to become well respected solicitors.

·         Glasgow is a surprise of late, coming onto the scene in law schools with a bang. Glasgow moved from the 8th slot in the standards and statistics to the 5th position. While students have some requests to make life and school on the campus better, there are excellent job prospects for graduates and a research-oriented background makes it the perfect location for some law school attendees.